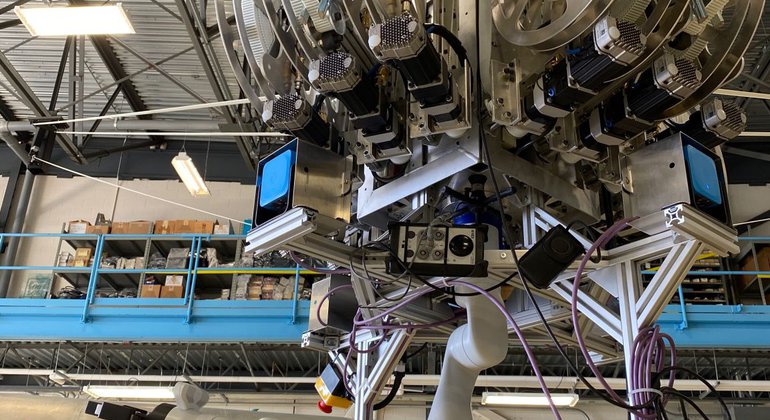 RBot9 has developed the RoCap, a cable-driven parallel robot (CDPR) for aircraft inspection, maintenance and manufacturing applications. In order to facilitate the collaboration between the RoCap and its operator, we would like to improve two aspects of this robot: (1) we would like to facilitate the redeployment of the robot by allowing its self-calibration, i.e., the determination of the positions of its reels, and (2) we would like to allow the operator to do direct teaching, i.e., to program the movements of the mobile platform of the robot by guiding it manually.

To achieve these two objectives, we will develop a new technique to measure the tensions in an EPSC. This technique consists in measuring the displacements of a toothed belt--which acts as a cable--in two places using high resolution encoders. Since the difference in displacements is equal to the elongation of a belt segment, the tension in the belt can be deduced.

The resulting tension measurements will be combined with other measurements on the reel and an elastostatic model of the rope to provide a self-calibration method that is more robust to rope sag and longitudinal elasticity than those currently available. In addition, the new cable tension estimation method will estimate the operator's intention when guiding the robot by applying forces on its mobile platform without using a force-moment sensor between the mobile platform and the operator. 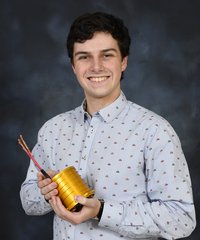 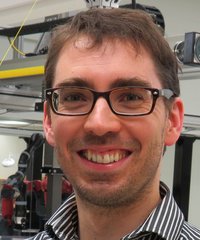 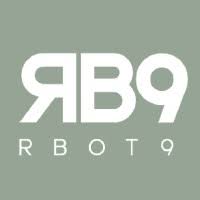